Welcome!
Close
Would you like to make this site your homepage? It's fast and easy...
Yes, Please make this my home page!
No Thanks
Don't show this to me again.
Close

Welcome to the Interceptors

This website is provided by 50megs.com and is free. Adverts will appear on the webpage. Each time you click on a new link, popups will occur. Go to Download.com and download a free popup blocker. I can recommend Smart Popup Blocker 1.2 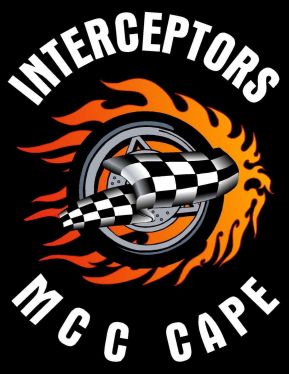 The Interceptors Motorcycle Club was established in 2001 by founder members, Stanley, Mac, Fanus, Altus and Alex. The name chosen reflected our riding style at the time and anyone attempting to overtake us, was intercepted. In 2003 Andre and Werner joined up and the club remained 7 strong until 2004 when Trevor joined the club. 2005 saw Mark, Johnny 6, Johnny V and Lampies becoming members. In 2006 Steyn, Wilro (deceased), Wynand and Ivan (Prospect) became members and in 2007 only Hobbit made the grade. Membership of the club is based on two very important criteria :- 100% compatibility and a 100% vote in favour by all the members, before and after serving a prescribed apprenticeship and demonstrating the required commitment. The success of the club is based on mutual respect for each other, friendship and the sharing of the same values. It is for this reason that one cannot just "join" the Interceptors Motorcycle Club. Prospective members are identified based on their personalities, their conduct as bikers and their compatibility with all existing members, whereafter they will be invited to join us for rides and rallies so that we can guage compatibilities. Only once we have 100% consensus within the club, will we invite the prospect to become an apprentice. After two serious and one fatal accident, we have slowed down just a little bit now, by choice. We still ride harder than most and party second to none. We spend a lot of time on our bikes and in each others company. Although we attend the local rallies and fundays, we prefer attending the long distance rallies, answering the addictive call of the open road.

The visit to Phakisa MotoGP 2003

Links to bike clubs and sites